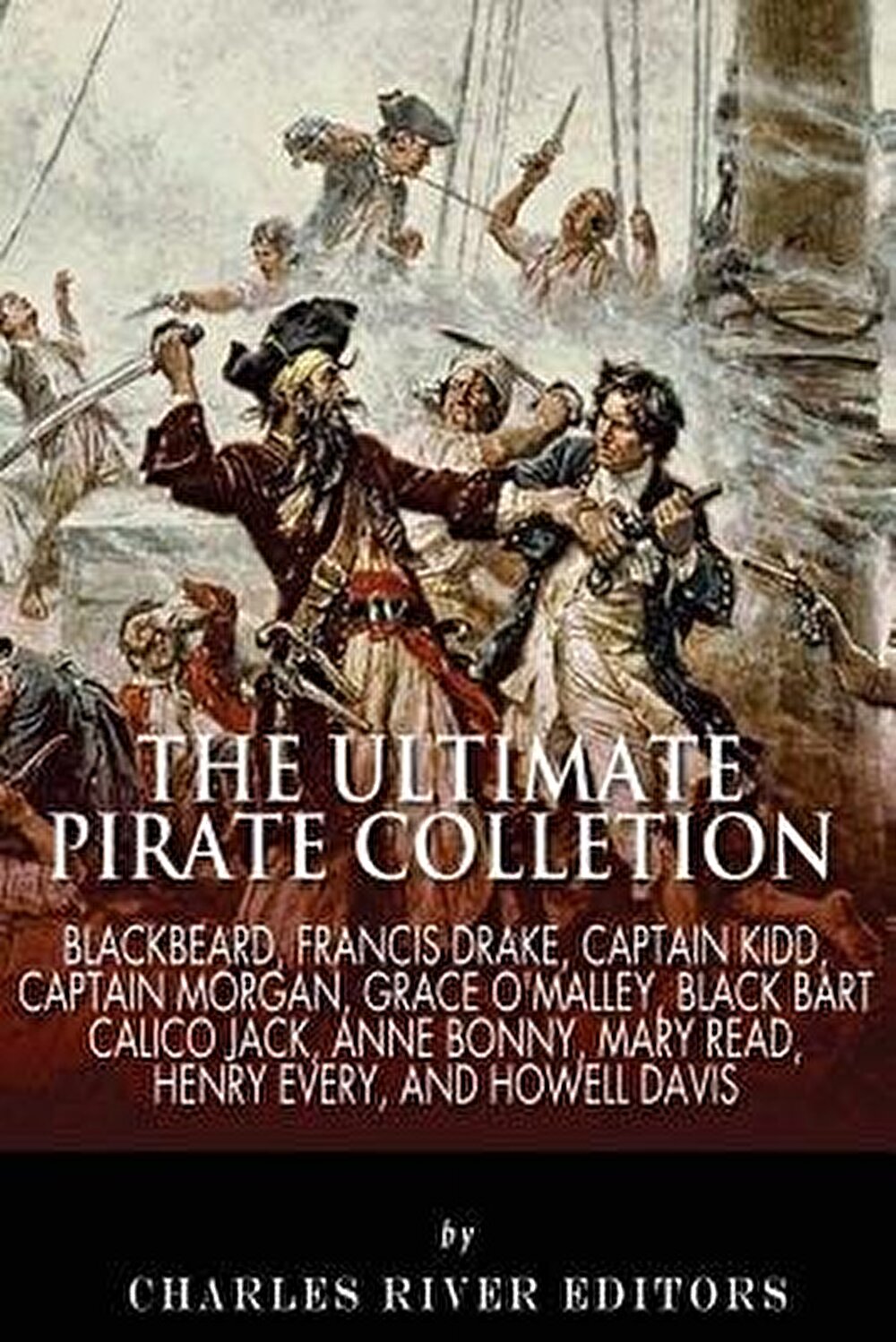 *Examines the lives, legends and legacies of 11 of history's most famous pirates.
*Explains how the myths and legends of pirates like Blackbeard created the instantly recognizable pirate stereotypes today.
*Includes pictures depicting the pirates and important people, places, and events in their lives.
*Includes contemporary accounts of the pirates written by Captain Charles Johnson
*Includes Bibliographies
The people who have lived outside the boundaries of normal societies and refused to play by the rules have long fascinated the world, and nowhere is this more evident than the continuing interest in the pirates of centuries past. As the subjects of books, movies, and even theme park rides, people continue to let their imaginations go when it comes to pirates, with buried treasure, parrots, and walking the plank all ingrained in pop culture's perception of them.
While there is no question that the myths and legends surrounding history's most famous pirates are colorful, in some instances their actual lives made for even better stories. Before the Golden Age of Piracy, men and women like Sir Francis Drake and Grace O'Malley straddled the line between pirate and privateer, with Drake being knighted for fighting the Spanish and O'Malley representing many things to the Irish, including queen, legend, pirate, and folk hero.
While Captain Morgan's ruthless piracy has actually been forgotten due to his association with the spiced rum company using his name, Captain William Kidd insisted he wasn't a pirate at all, and his entire reputation is based on the most notorious trial in the history of piracy.
The Golden Age of Piracy generally refers to the era when history's most famous pirates roamed the seas of the West Indies from 1670-1720, and it is no coincidence that the beginning of it was marked by the rise of Henry Every. In his day Every was the "King of Pirates," and in addition to popularizing the famous skull and crossbones logo that would become the most famous pirate flag, Every conducted what is considered the most profitable pirate raid in history, leading to what is considered the first worldwide manhunt in history when the English put a large bounty on his head.
It would be an understatement to say that pop culture's perception of piracy and pirates has been primarily influenced by Captain Edward Teach, known to the world as Blackbeard. Blackbeard is remembered today based more on myths than reality. People continue to let their imaginations go when it comes to Blackbeard, picturing a pirate who captured more booty than any other pirate, hid buried treasure, and lit his hair on fire before battle. People have long claimed that his ghost still haunts the Atlantic Ocean, and his contemporaries were so scared of him that they claimed to have seen his headless body swim around his pirate boat three times.
Fittingly, some of history's most famous pirates sailed together. Black Bart Roberts is considered the most successful pirate in history, managing to capture about 500 ships before meeting his fate, but he learned the tricks of the trade from Howell Davis, whose cunning and courage led to some of the most spectacular acts of piracy in history.
Then there are history's two most famous female pirates, Anne Bonny and Mary Read, who actually sailed together on Calico Jack's pirate ship. Together the three became history's most famous pirate crew and had one of the most colorful years of the Golden Age of Piracy before being captured.
The Ultimate Pirate Collection looks at all of these notorious pirates, examining their careers and analyzing their legacies. Along with pictures, contemporary accounts, bibliographies, and a Table of Contents, you will learn about history's most famous pirates like never before.